Being the change I want to see in Chennai

Was it Gandhiji who said “Be the change you want to see in the world”?

There are quite a few things about Chennai traffic that I would like to see change … and where better to begin than with myself?

I want clean air, so I bike as often as I can

Chennai faces heavy traffic along most roads. Vehicles move so slowly that I believe it has resulted in a downward spiral in air quality – people find travel times to be long, so they get cars in which they can sit comfortably in a/c during these long rides, and the rides only get longer as a consequence.

If I need to go somewhere alone and I it won’t take more than 20 minutes by bicycle, I ride my bicycle. (“Bike” means “motorbike” in Tamil Nadu, but from this point on, I’ll be using “bike” to mean “bicycle”. One syllable wins against three!) It helps that I love biking, and I’d love to see more such bikers on the roads.

After biking for about 6 months now, I’m beginning to think that my average road speed is not more than about 10kmph below other vehicles, since it isn’t unusual at all for me to overtake auto-rickshaws, motorbikes and cars. For instance, my biking time from Raja Annamalaipuram to Velachery main road is about 35-40mins during peak hours .. which is not far off from what motobikers and larger vehicles manage.

The biggest downside is, obviously, pollution and I hope to find a mask that’ll ease my breathing. If I succumb to the same death spiral, then there would be no hope of bettering the air quality in Chennai at all. All this considering that we’re blessed with proximity to the sea!

So dear Chennai-ites - bike … as often as you can.

I want quieter environs, so I do not honk when I drive

Honking is a violent assault on the ears of pedestrians and bikers. As a pedestrian and biker, I get assaulted all the time. Those in cars with their windows up don’t realize how loud their horns are. Dears - they are loud enough to reach into other cars that have their windows up!

The honkers do not care even if I’m walking with my 6-yr old or carrying my 8-month old. They just honk. It doesn’t matter that I’m walking in a school zone. For a culture that prides itself on its rich sensitive musical heritage and for a city like Chennai that prides itself for the thousands of classical music concerts during the music season, its population appears to be deaf by any conceivable standards of ear testing.

So dear Chennai-ites - yes it is possible to travel on Chennai roads just fine without honking … like, ever. The bigger problem is believing that it isn’t possible to do so. If a pedestrian is in your way, you can slow down instead of honking. If a car is stopped in front of you, consider that the fellow might be stopped because of something that you cannot see. Or it may be a vehicle problem, in which case your honking won’t help, but you can get down and help the fellow instead. So … don’t honk … ever …. period.

The worst kind are those that have not kept pace with physics in the past century … i.e. they do not know there is a universal speed limit. When I’m stopped at a traffic signal and the counter comes down “8-7-6” a few cars begin their honking around 4. First, my dears, the signal is red. Second, understand that infinite acceleration would violate the special theory of relativity. I guess you didn’t understand that, so let me explain - I cannot possibly have crossed the road the very instant the traffic light turns green. So … wait … and go.

The funny bit is that my 6-yr old son is taught in school that folks should stop when they see a red light. I don’t know what to answer him when he sees a car or a motorbiker violate the red light and asks me “.. but they are going?”. Our society’s adults lack the patience shown by 6yr olds!

I want some respect as a pedestrian, so I respect pedestrians when I drive

The current road ruler’s hierarchy depends on two factors - vehicle size and number of folks in the vehicle. The larger the vehicle and the fewer the folks in it, the more the vehicle dominates the road.

So we have a pedestrian on one end and an empty Pallavan bus on the other end of this spectrum. Never stand in the way of an empty pallavan bus (except for the driver, that is) if you value your life!

I would like this hierarchy to be inverted - i.e. I’d like to see vehicles stop for pedestrians and not honk at them … and I’d like these vehicles to be even empty Pallavan buses.

The action I’ve chosen in this case is to stop for pedestrians where possible. It is possible on a lot of occasions, but is unsafe to do under certain conditions. So, dear pedestrians, you have my consideration … most of the time. I will either stop for you, or, at least, slow down so I can move safely around you … and I will never honk at you!

As it is, pedestrians do not have designated pedestrian crossing anywhere in Chennai - nope, none at all. Not even at traffic signals .. and there aren’t any over-bridges or under-bridges either. Let’s ease their lives a little bit and thank them for not contributing to the city’s pollution.

I’ll be adding to this post as I commit myself deeper to a greener, friendlier city. 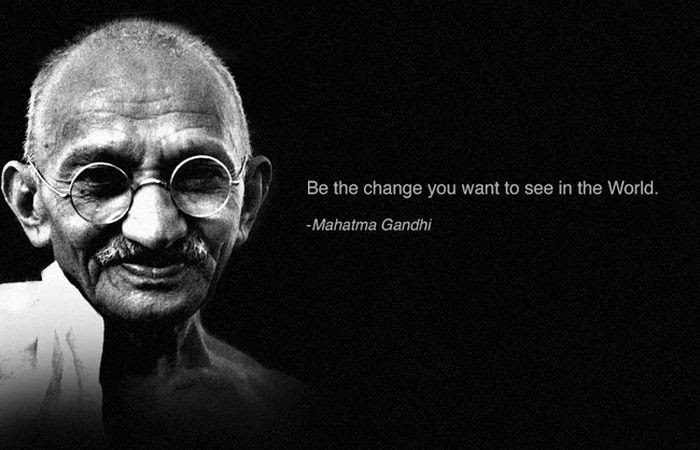